ALAMEDA, CALIF.—A lot has changed in 50 years for the broadcast industry and during that time Clear-Com has been around to help consumers meet those changes. The California-based company is celebrating its 50th anniversary in 2018 and has a couple of things planned to recognize those who helped them reach this point, both staff and customers. Current Clear-Com President Bob Boster shared some of those plans with TV Technology.

With the 2018 NAB Show quickly approaching, Clear-Com will use its booth on the show floor to serve as a quick stop for people to recognize the company and staff. Two staff members in particular will hopefully be present: Charlie Butten and Bob Cohen. Butten is Clear-Com’s founding technologist, while Cohen was described as Butten’s “counter point” by Boster in the company’s founding. Boster confirmed that Button would be in attendance, though as of our interview it was not confirmed if Cohen would also be present. The pair are slated to be in the booth on Monday, April 9, to meet with visitors.

Also taking place at the end of the day on Monday is a planned toast to Clear-Com. In addition, there will be social media-based opportunities to recognize Clear-Com’s history preceding and throughout the NAB Show with pictures or videos. Similar activities will take place later in the year during InfoComm and IBC. 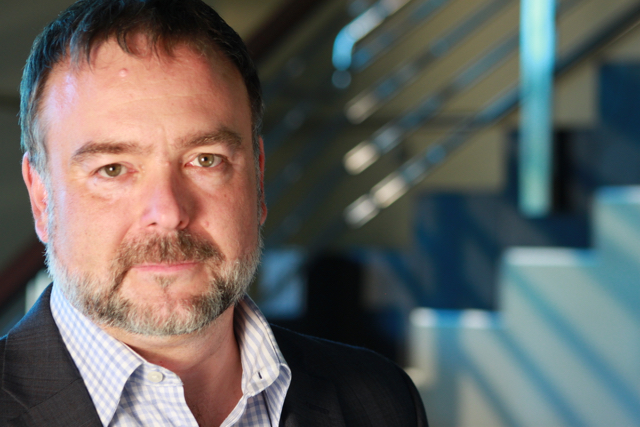 Outside of these events, Boster says it will be business as usual for Clear-Com at the NAB Show, where it will show new products and seek to inform attendees about its offerings.

About a week after the show on April 18, Clear-Com will officially turn 50, though Boster says there will not be any official kind of celebration. Instead, he expects and hopes that all of Clear-Com’s offices will acknowledge and celebrate its birthday through social media or other ways.

Looking back at the company’s history, Boster believes that Clear-Com has had a range of impact across different industries. “It was probably almost a decade in before Clear-Com really discovered its application in the broadcast market,” he said. Other areas of focus included live performance and live event, as well as working with military, government and aerospace sectors.

Now, as the company sets out toward the future, Boster says the vision remains the same as it has the last few years, which is a “high-degree of investment in new technology with a focus on IP, a focus on wireless.” He also stressed the importance of maintaining the level of customer service that he believes has been integral in Clear-Com’s success to this point.

Clear-Com will be located at booth C6908.